The value of trace elements in a dairy herd 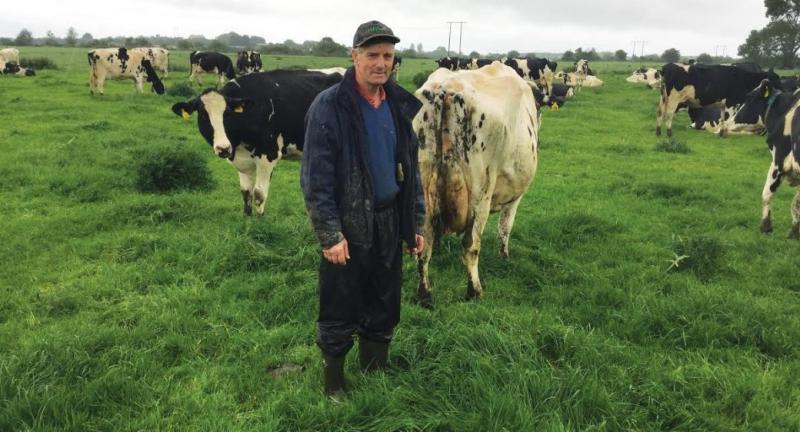 Peter Ging is the Chairman and a Past President of the Irish Holstein Friesian Association(IHFA).

Peter with his wife Mary and their son Paul farm in partnership near Portlaoise.

They milk 125 pedigree Holstein cows and supply both spring and winter milk to Glanbia.

According to Rory Dicker, his local Animax representative, Peter has been using the Allsure® Cattle boluses for around 10 years.

When asked what benefits he has experienced using these he said “I have noticed since giving two applications of Allsure® Cattle boluses at drying off our cows seem to be in much better condition coming into the breeding season.

I have noticed since giving the Allsure® Cattle boluses that my calving interval has certainly improved”.

One application of Allsure® Cattle consist of one copper needle bolus which supplies copper oxide and a separate selenium, iodine and cobalt leaching bolus.

The proven and unique leaching technology has been designed to provide a consistent, slow release of these essential trace elements at a regulated rate.

The release rate does not ‘spike’ and optimum levels are supplied.

Each bolus is shed naturally, after approximately six months.

The dry cow period at the end of lactation, is beneficial for cow and udder health, before calving and the next lactation.


International research demonstrates the important roles that trace elements play in the transition of cow health and milk production and fertility.


However, many trace element deficiencies in the animal are subclinical and are not easily noticed by the farmer.


“Selenium, cobalt and iodine are the main trace elements required, but copper may also be de?cient on some farms.

Copper is more important but often deficiency is due to antagonists and then the other three trace elements are also low”, according to Dr Elizabeth Berry BVSC, PhD, MRCVS, Veterinary Director with Animax.

Trace element availability is in?uenced by the season, type of soil and forage, and preservation of forage.


Generally fast -growing forages have less trace elements present but often more soil is ingested in the autumn which can lock up trace elements.


Elizabeth continues “Many use a blood test to identify trace elements status but this can have limitations and may only reflect one time point. Analysing forage will give an idea for the whole grazing or housing period.

These Animax Allsure boluses have been independently trialled by Teagasc at Moorepark and are designed to provide grazing cows with their dietary requirement of four trace elements not adequately supplied by grass, particularly iodine.

The Animax team look forward to meeting their farmer customers on December 12 at stand L47 during the RUAS Winter Fair.


They would love to see potential customers too.