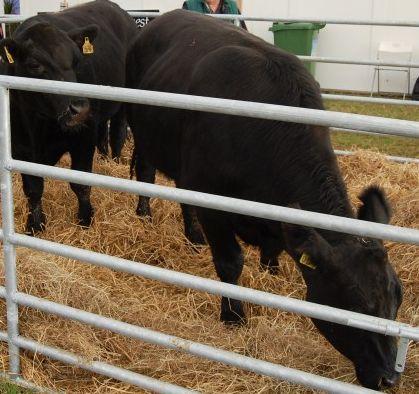 Joe Healy said that as an exporting nation the ‘Origin Green’ Programme, which is underpinned by the Bord Bia Quality Assurance Scheme, is well recognised on the global market. However, he said the real measure of the success of the scheme will be where Irish beef and lamb prices are in comparison to other countries.

He said, “For farmers, a major improvement in the scheme is the introduction of a new close-out period, which will allow farmers to remain in the scheme provided they remedy any non-compliances within one month of their audit. Under the old scheme, farmers with non-compliances could find themselves outside the scheme immediately after an audit. This is a significant change which was very important to IFA and will make the scheme fairer for farmers.”

IFA Livestock Chairman Angus Woods said that IFA was insisting that clear protocols are put in place in relation to how auditors interact with farmers at audits.

He said there would be no charge to farmers for the Bord Bia audit as the IFA has secured Department of Agriculture funding to cover these costs. He said under the new scheme the average inspection time for an audit will not increase. In addition, Bord Bia are setting up a new help desk to assist farmers with audit issues.

IFA National Sheep Chairman John Lynskey said, “It is well established in the lamb sector that there is a 10c/kg price top up for Quality Assurance lamb. This bonus needs to be increased in order to get more sheep farmers to join the scheme.” John Lynskey pointed out that under the new scheme all of the sustainability data is recorded but this is not used to score the applicant at the audit.