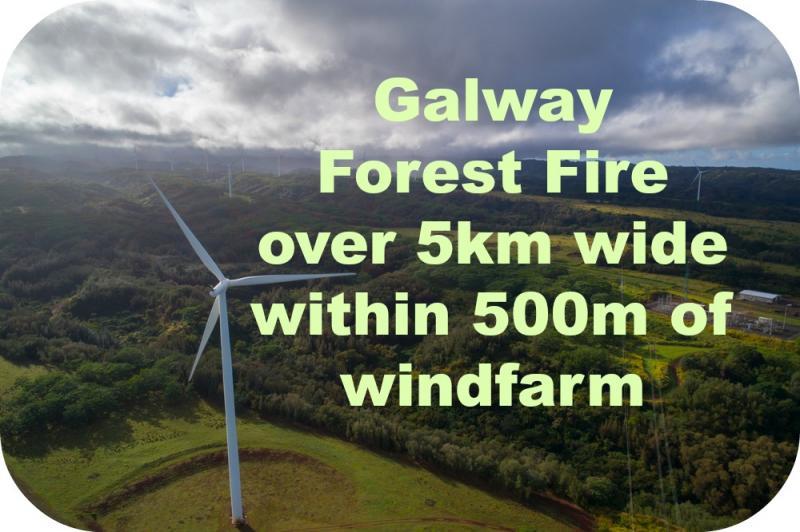 Having brought one section of the fire under control another almost 5km wide continues to rage in Co Galway.


The fire has come within 500 meters of the Galway Wind Park at Cloosh Valley.  Local firefighters and the aircorp are actively working on the fire and it is hoped calm winds today will enable them to bring this fire under control.


Gerard Murphy, MD of Coillte indicates that there has been over 30 gorse/forest fires in the last few weeks across Ireland and indicates for many of these are caused by anything from "recklessness to criminal".


Coillte are asking the public to be extra vigilant during this warm weather by acting safely and responsiblyin rural areas.