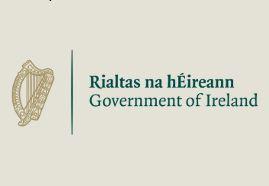 The Minister of State with responsibility for Research & Development, Farm Safety and New Market Development; Martin Heydon TD, today announced the launch of the Acceleration of Wear and Tear Allowances for Farm Safety Equipment Scheme. This follows the signing of the commencement order to allow for accelerated capital allowances on qualifying farm safety and adaptation equipment.

The Minister for Finance, Paschal Donohoe TD, has signed the commencement order for Section 17 of the Finance Act 2020 (No. 26 of 2020) to introduce accelerated capital allowances for qualifying farm safety equipment, with a particular emphasis on supporting those who have suffered life-changing injuries as a result of incidents on farms.

A large proportion of all fatal workplace incidents (42%) occur in the agriculture, fishing and forestry sector. Between 2016 and 2020 there were 100 fatal incidents on farms.

Minister Heydon has worked with Minister Donohoe to introduce accelerated capital allowances for certain farm safety and adaptive equipment for farmers with disabilities.

The scheme will be administered by the Department of Agriculture, Food and the Marine and Revenue. An annual total equipment cost of €5 million p.a., excluding VAT, for the measure will apply.

“Having listened to those survivors and families impacted by farm incidents, I am absolutely determined that farmers who have suffered a life-changing injury are not left behind. As the first Minister to be given special responsibility for farm safety, I am delighted to be able to announce, that this scheme is now operational and any qualifying adaptions or equipment purchased since 1st January of this year are eligible under the scheme. Farmers may now apply for certificates for the Accelerated Capital Allowance to my Department. The dedicated email address [email acafarmsafetyequipment@agriculture.gov.ie ] for applications has already been set up and is operational. With this scheme we are supporting farmers and helping those who have suffered serious physical injury to get back to work. This is more than just about enabling people to getting back to farming, but also about improving their physical and mental wellbeing.”

‘This accelerated capital allowance underlines the priority afforded to the issue of farm safety in the Programme for Government and reflects the commitment to make further progress. Farmers are now able to apply to the Department of Agriculture, Food and the Marine for a certificate to verify that the investment they have made is eligible for the accelerated capital allowance and then apply to include the tax relief as part of their annual accounts. With the scheme now in place, the measure will be kept under review for the rest of 2021 and beyond’.

The Minister for Agriculture, Food and the Marine, Charlie McConalogue, added:

“I am delighted to see that the Accelerated Capital Allowance Scheme for Qualifying Farm Safety Equipment is now operational. This scheme reflects how the Department of Agriculture is working with all arms of the Government to drive change in relation to safety behaviour, while supporting those farmers who have suffered serious injury. My Department will continue to focus on farm safety as a priority area. I also want to thank Minister Donohoe and acknowledge his engagement on this important issue.

Farm safety is a priority issue for the Government. The Department of Agriculture, Food and the Marine (DAFM) continue to work closely with the Health and Safety Authority (HSA), but they report the fatality rate in agriculture is far higher than any other economic sector. A large proportion of all fatal workplace incidents (42% over the last five years) occur in agriculture, fishing and forestry sector. Of 54 deaths in 2020, 20 were in the sector, which is disproportionate to the share of the workforce (7.1% in 2019) employed in the sector.

The scheme agreed is for accelerated capital allowances of 50% per year for two years which may be claimed in respect of the capital expenditure incurred on eligible equipment. This accelerated capital allowance scheme is subject to a total equipment cost of €5 million per annum excluding VAT (with a total up front estimated tax expenditure cost of €1.5 million per annum).

The scheme will operate on the basis of prescribed farm safety and disabilities adaptation equipment as listed in Section 17 of the Finance Act 2020.

For the purposes of ensuring the €5m (excluding VAT) total equipment cost per annum ceiling is not breached, the Department of Agriculture, Food and the Marine (DAFM) will issue a Farm Safety/Adaptation Accelerated Capital Allowance Certificate for submission to Revenue in support of such claims. The issuing of this certificate by the Department of Agriculture will not imply entitlement to the accelerated capital allowances. It will be the responsibility of all claimants to familiarise themselves with relevant provisions of the tax code, including but not limited to eligibility conditions.

The full terms and conditions for the scheme and application form are available at www.gov.ie/farmsafety

Details of eligible equipment are set out in the table below.

Twitter Facebook LinkedIn Send via Email
Previous News Arrabawn appoints former Teagasc Director Professor Gerry Boyle to its Board
Next News What are the braking laws for agricultural tractors?