Weather - a major impact on farm incomes in 2018 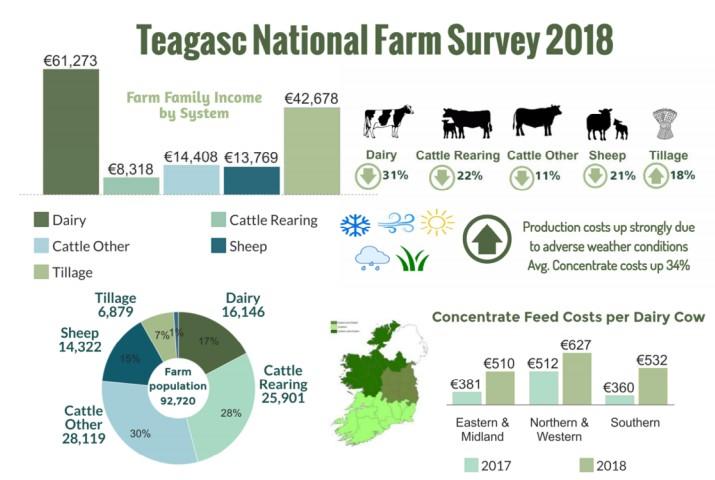 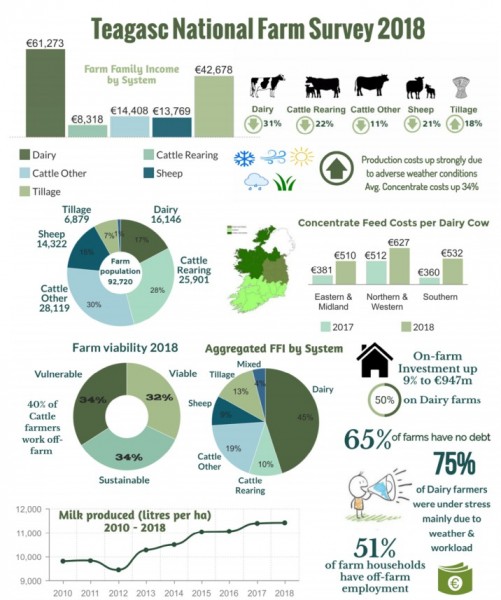 According to Teagasc, data released  from their Teagasc National Farm Survey 2018  indicates the extent of the financial impact of adverse weather in 2018 on Irish farm incomes  Across the board in 2018, farmers struggled to cope with the difficulties presented by severe weather and challenging conditions on farms.

According to the report :-

Average feed expenditure was up 34% in 2018 which resulted from fodder stock shortage, fertiliser, machinery contracting and fuel.

Average dairy farms took the worst percentage hit with  income falling by 31 per cent to €61,273.