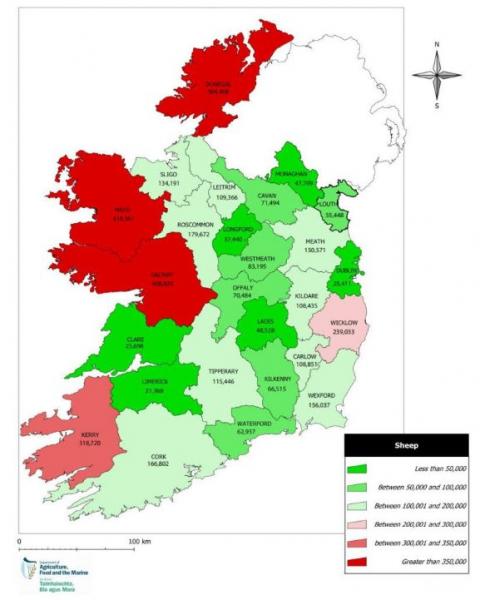 According to Teagasc Copper (Cu) deficiency occurs mainly on coarse-textured, sandy and organic soils derived from acidic and igneous rocks.


Soils low in Cu are common in the old red sandstones soils of Cork, soils derived from granite in Wicklow and east Kildare, and sandy and gravely soils of Carlow and south Kildare.


Peat soils are also inherently low in cobalt. Levels of cobalt in limestone soils .are very variable depending on the purity of the parent rock. Contents in shale soils range from low to quite high, depending on whether the shales are arenaceous (sandy) or argillaceous (clayey). Cobalt levels in Irish soils formed from a variety of parent materials are shown in Table 1 (Fleming, 1978). (see link to map below)


However, more intensive sampling is necessary before accurate delineation of low-selenium soil is possible.

Twitter Facebook LinkedIn Send via Email
Previous News Are You Sure That Your Sheep Bolus Is Still Authorised For Use In Ireland?
Next News Farm Finance made Easy