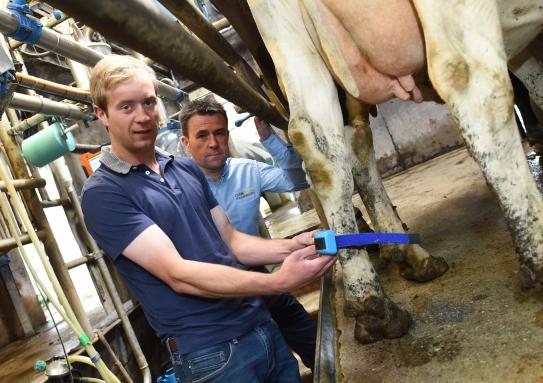 The group is the first in NI to use CowAlert®, a new technology developed to help identify early stage health and welfare issues by closely monitoring changes within the herd.

The CowAlert system, which combines a robust sensor with advanced data analysis, literally becomes the farmer’s eyes and ears. Working on a 24/7 basis it constantly tracks behaviour, identifies changes in the health of each cow and alerts the farmer via his/her smartphone or PC.

Unlike other technology solutions which focus purely on heat detection, CowAlert monitors cow health over the animal’s lifetime.  Starting from the heifer stage and continuing through her dry and transition periods, the new technology is the first to offer a holistic welfare management overview.

CowAlert was developed by Scottish company, IceRobotics, a global specialist in the monitoring of livestock behaviour which works with the world’s leading research institutes, including AFBI NI.  IceRobotic’s active involvement in collaborative research to extend knowledge led to the development of CowAlert for commercial dairy farming.

Antonia White, Director of IceRobotics and co-founder of the cutting-edge technology explains:

“Designed as a modular system, CowAlert’s initial launch was focused on highly accurate heat detection and lying time monitoring. However, this was quickly followed by new modules which included fertility management and lying time analysis – and the most recent addition to the system is the world’s first automated lameness detection and mobility scoring system.”

Key to the success of CowAlert is the robust IceQube sensor which is fitted to the rear leg of the animal. This unique positioning was based on extensive scientific trials which identified the rear leg as the optimum place for tracking movement and behaviour. The resulting data proved to be significantly more accurate than that recorded by neck-based sensors.

Data from the IceQube is uploaded and stored in the cloud and is then analysed to create management information and alerts. These are accessed by the farmer through a dashboard which is viewed on his PC or smartphone.

All historic information is stored, and over time, builds a picture of each individual cow and the entire herd, enabling patterns to be easily identified.

Ultimately the system is designed to drive on-farm efficiencies through improved fertility, lameness management and the early detection of other health and welfare issues.

Richard Marshall of Rylands Farm in Omagh is a member of the CowAlert Elite Programme. Along with his father, John, he manages a 150-strong herd on 250 acres in the heart of County Tyrone. He has been using the system for almost two years and is impressed with the results:

“No farmer or stockman can monitor their herd around the clock – but CowAlert does it on your behalf,” said Richard.

“Heat detection was a necessity on our farm as we were manually assessing the herd to see which animals were ready for serving. However this was very time intensive, not always accurate and costly in terms of AI spend.

“Since using CowAlert we’re no longer tied to the cow shed, our calving interval has reduced from 415 to 390 days and conception rate has improved by 17%. The system is reliable and simple to use as the data is functional and easy to interpret.

“We are currently adding value by incorporating the lying time and mobility modules into our farm management system – it makes common sense!

“Overall I regard CowAlert as a sound investment. It has added to the bottom line in terms of both calf and milk production and freed up time which is also a major cost in farming today.”

All users benefit from the support of an account manager to make sure they are using CowAlert to best effect and to offer any necessary advice and backup.

Willie Cuthbertson, National Account Manager of IceRobotics, has been working closely with Richard and John:

“The Marshalls have totally embraced the CowAlert concept. It quickly proved its value in terms of heat detection and they are now taking advantage of the other benefits it delivers for the herd by monitoring lying time and mobility.

“This return on investment is also highlighted in the very positive feedback we’re receiving from the other NI farmers currently using CowAlert. Based on the success of this elite programme we’re now making the system available for widespread use and look forward to helping the local dairy community boost productivity and profitability in the years ahead.” 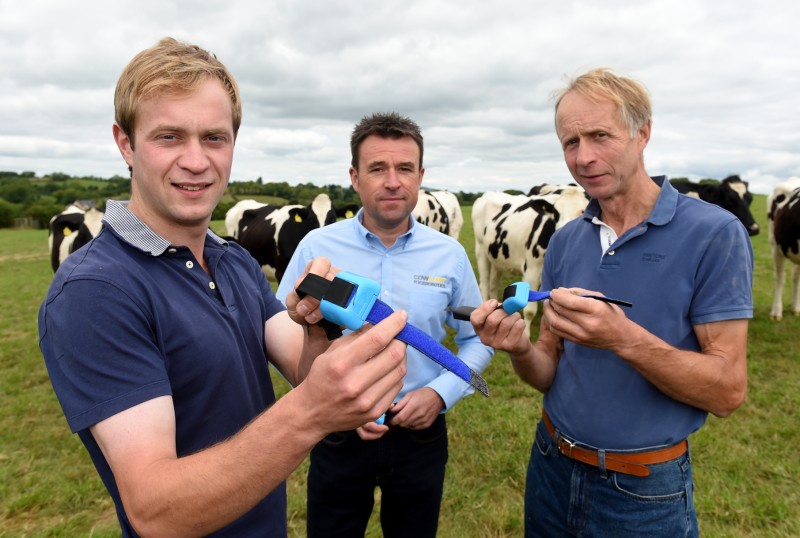 Pic 1: Richard Marshall (l) and his father John (r) are amongst the first in Northern Ireland to use the herd heath management tool, Cow Alert which is boosting productivity and profitability for the Omagh-based dairy farmers. Pictured with them is Willie Cutherbertson, National Account Manager of CowAlert 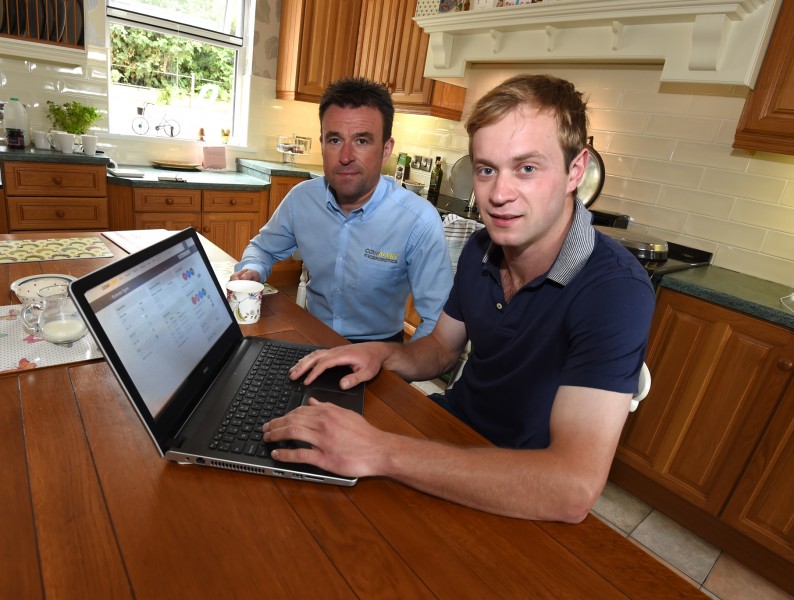 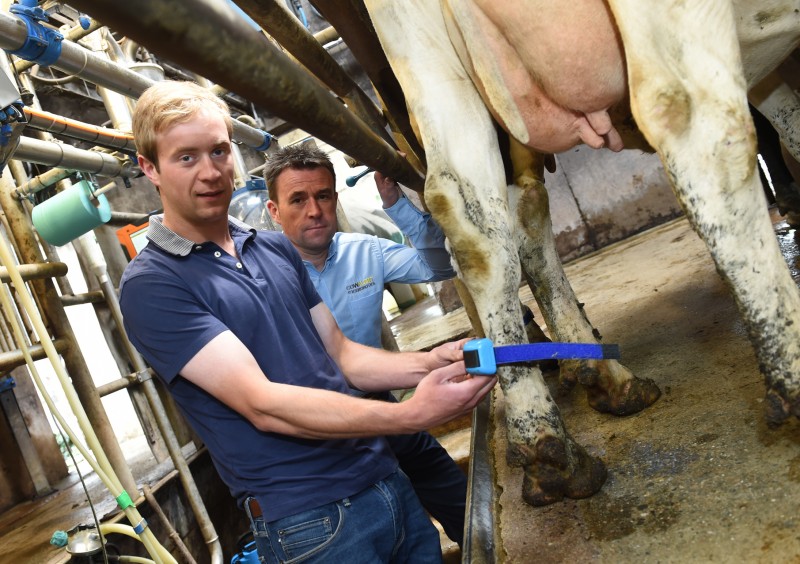 Pic 3: Omagh-based dairy farmer Richard Marshall (l) demonstrates how the CowAlert sensor is attached to the cow’s rear leg.  Pictured with him is Willie Cuthbertson, National Account Manager of CowAlert.