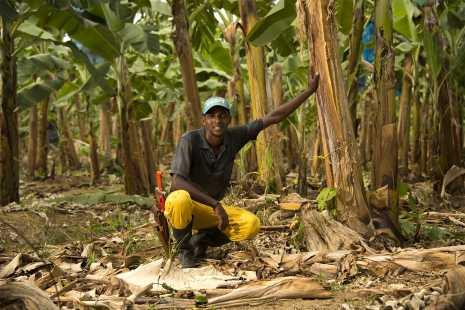 Irish banana producer, Fyffes has been recognised for its role as the largest Fairtrade banana buyer in Latin America and Caribbean.


At a Fairtrade International general assembly held in Costa Rica, the Dublin and Dundalk-based importer received an award presented to it by CLAC, the Latin American & Caribbean Network of Fairtrade Small Producers and Workers, in recognition of its commitment to buying bananas from many of the region’s small producers and plantations.


Commenting, Fyffes Chairman, David McCann, said: “This is another recognition of Fyffes’ commitment to maintaining fair trade and sustainable business practices, including supporting small producers who are important contributors to economic development in their communities.”


Celebrating its 130th anniversary in 2018, Fyffes is the world’s oldest fruit brand and the number one importer of bananas and the leading marketer of organic and Fairtrade bananas to Europe. It has been a subsidiary of Sumitomo Corporation since 2017.